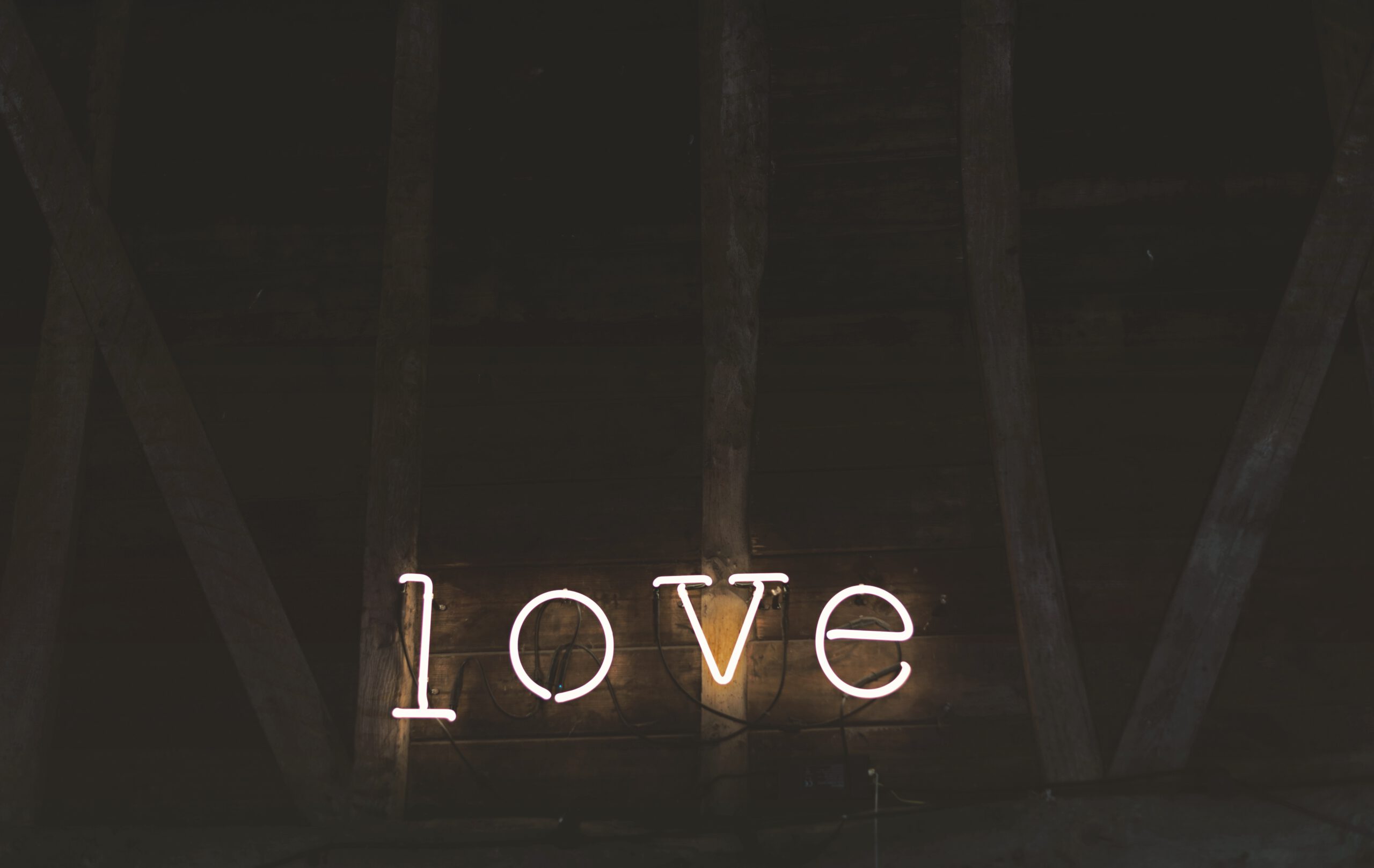 What is proposed, then, is a portrait—but not a psychological portrait; instead, a structural one which offers the reader a discursive site: the site of someone speaking within himself, amorously, confronting the other (the loved object), who does not speak.
–Roland Barthes, A Lover’s Discourse

This – if somewhat belated – Valentine from The Eaves relates Roland Barthes’ 1978 A Lover’s Discourse to music by proposing that song inhabits the very same discursive site Barthes’ lays out in his book; that song is in fact a lover’s discourse. Although this connection could probably be traced right back to the practice of serenading and troubadours, this post will use contemporary pop music as its point of reference. Indeed, it is striking to read Barthes’ introduction to A Lover’s Discourse with this in mind, as it provides such a pertinent description of (most) love songs. Song seems to operate on the exact same – albeit tacit – assumptions and structural principles as the lover’s discourse. Therefore, the following text is to be considered a first step toward tracing the fragments from A Lover’s Discourse in pop music.

The suggestion here is that Barthes’ Lover’s Discourse is a tool for pop music analysis and vice versa. Or, more precisely (and more true to Barthes): A Lover’s Discourse provides a way of thinking about pop music (an occupation which often proves elusive to critics, musicologists, and, actually, musicians themselves), its tropes and concepts; while on the other hand, popular music provides a spectacular realization of Barthes’ project to compile a portrait of the lover as the voice of “what is ‚unreal,‘ i.e., intractable“—perhaps even one that is more radical, more diverse, contradictory, opaque and therefore: more full – than the one which emerges from A Lover’s Discourse.

At first blush, this seems to go against Barthes’ renunciation of the idea to find examples of instances of the lover’s discourse: “Whence the choice of a ‚dramatic‘ method which renounces examples and rests on the single action of a primary language (no metalanguage). The description of the lover’s discourse has been replaced by its simulation.“ However, relating Barthes’ writing to a plenty of voices from as varied a discourse as pop music seems in no danger of reducing the lover to a “single symptomal subject.“

In this vein, this post will not attempt to read the two against each other comprehensively and in a “methodically correct“ way; but instead, it will suggest a more associative, playful interweaving of songs and A Lover’s Discourse, thereby also proposing an approach to the study of popular music that is essentially performative – what Barthes calls “dramatic“ –, fragmentary, subjective, and tentative; much in the same way its subject is. You, dear reader, are encouraged to play along and make your own connections, weave back and forth between reading and listening, song and text; and maybe, this Valentine is actually about presenting you with a wealth of suggestions and ideas about what to listen to and read, no matter whether you’re in or out of love.

This one is obvious and features in many songs as a more or less boring metaphor (I will only mention the chorus of Nick Drake’s “Northern Sky“ here as one of the better ones). However, magic also invokes a plethora of images and pop-cultural lore, which make for very interesting song material and provide a curious slant on love, as in the gorgeously elaborate imagery of Aimee Mann’s “Invisible Ink“, which somehow – and intriguingly – seems to be poised between telling a story of magic and one of debunking, not quite certain of its own skepticism: “I feel like a ghost who’s trying to move your hands over some Ouija board in the hopes I can spell out my name/ What some take for magic at first glance is just sleight of hand, depending on what you believe.“

The concept of hiding may not be such an obvious feature in a lover’s discourse – at least not as obvious as heartor tenderness –, and the relation to songs may be even more elusive. But there may be a structural one: Nick Cave, in his tour diary/memoir/epic poem The Sick Bag Song, draws an intrinsic connection between the concept of hiding and the songs closest to his heart. Recalling the first time he listened to Leonard Cohen’s “Avalanche“, he writes:

“I stepped into an avalanche. It covered up my soul, Leonard Cohen will sing, and the boy will suddenly breathe, as if for the first time, and fall inside the laughing man’s voice and hide. The boy will grow older, and over time there will be other songs – not many – ten or maybe twenty in a lifespan, that will stand apart from the rest of the music he will discover. He will realize as he grows older still, […] that not only are these songs holy or sacred, they are hiding songs – what the Aztec Indians call carrion songs – that deal exclusively in darkness, obfuscation, concealment and secrecy. He will realize that, for him, the purpose of these songs has been to shut off the sun, to draw a long shadow down and protect him from the corrosive glare of the world.“

Indeed, Cave’s entire musical output is deliciously dark and seems to dwell on some night side of songwriting. Writing of which:

…seems to be one of the most evocative terms in the lover’s discourse: The night is a heterotopia, it lends an air of irreality and – at the same time – possibility to things that would otherwise seem trivial or ludicrous. “What was normal in the evening by the morning seems insane“, sing Bright Eyes and Virginia Woolf provides this description of a London night:

“It becomes instantly between two and three in the morning; the lamps are burning very white in the deserted streets of Mayfair. Only motor–cars are abroad at this hour, and one has a sense of emptiness, of airiness, of secluded gaiety. Wearing pearls, wearing silk, one steps out on to a balcony which overlooks the gardens of sleeping Mayfair. There are a few lights in the bedrooms of great peers returned from Court, of silk–stockinged footmen, of dowagers who have pressed the hands of statesmen. A cat creeps along the garden wall. Love–making is going on sibilantly, seductively in the darker places of the room behind thick green curtains. […] We seem to be riding on the top of the highest mast of the tallest ship; and yet at the same time we know that nothing of this sort matters; love is not proved thus, nor great achievements completed thus; so that we sport with the moment and preen our feathers in it lightly, as we stand on the balcony watching the moonlit cat creep along Princess Mary’s garden wall.“

Night is an indispensable ally to secrecy, concealment, and obfuscation; and a stage for much “amorous“ activity. Within the lover’s discourse, it seems to function as a central idea that many other concepts huddle around, to be tinged in those curious colors of the night.

Holly Throsby’s beautiful concept album On Night proves not only the pull that night has for songwriting and the creative energy it is charged with, but it also shows how fragments of the lover’s discourse can be grouped; how they sometimes tend to nestle into each other and how patterns and relations between them form. The night evokes scenes of waiting and loneliness; or the sensation of a body next to you in bed; and darkness as a metaphor can lead into more existential terrain.

In the first lines of “Waiting All Night for You to Come Home“, Throsby clusters a whole set of fragments from the lover’s discourse:

“If I wait any longer, the world could have ended/ The moon it takes hours to come around/ Me and my watch we’re getting connected, we play and we can’t stare the other one down.“

While this kind of elaboration or deconstruction of familiar ideas, as well as the more remote fragments of the lover’s discourse, seem to appear in the work of artists who tend toward poetic or conceptual songwriting, the lyrics and themes of pop songs of every breed somehow seem to coagulate around some of the most charged concepts from the lover’s discourse.

Waiting, indeed, is a staple of pop music; which is attested to by an abundance of songs, from Mumford & Sons’ “I Will Wait“ and Green Day’s “Are We The Waiting“ over Norah Jones’ “Waiting“ and Patti Smith’s “Frederick“ (which is essentially about waiting for a phone call from her lover) to Bob Dylan’s “Groom’s Still Waiting at the Altar“ and Leonard Cohen’s “I Left A Woman Waiting“.

With its ever-changing shape, the moon has been an obvious symbol for human desires and relationships, literally, for ages, and it has been featuring prominently in pop music throughout the decades; be it Audrey Hepburn crooning Henry Mancini’s “Moon River“, Nick Drake’s masterpiece album Pink Moon or Feist’s “My Moon My Man“.

Time – in Throsby’s case the clock time she is obsessing over in “Waiting All Night for You to Come Home“ – is another intriguing trope in the lover’s discourse, although it is not mentioned by Barthes. This short, sweet Valentine from The Heart podcast raises all the right questions on love and time.

Of course, the fragments collected by Barthes can – and should – be added upon.

Some possible additions are obvious: Longing, for instance – “I have begun to long for you, I, who have no greed“ sings Leonard Cohen in “Avalanche“, Jen Cloher has written “The Longing Song“ and Holly Throsby “On Longing“, while Gemma Hayes titled her latest album Bones and Longing –, which brings along all the images and metaphors about distance and nearness, being lost and found that surround it; a discourse which is so candidly explored by Rebecca Solnit in A Field Guide to Getting Lost:

“If you can look across the distance without wanting to close it up, if you can own your longing in the same way that you own the beauty of that blue that can never be possessed? For something of this longing will, like the blue of distance, only be relocated, not assuaged, by acquisition and arrival, just as the mountains cease to be blue when you arrive among them and the blue instead tints the next beyond.“

Indeed, this take on longing resembles intimacy – in Irigaray’s sense –, which would be another, if somewhat more obscure, possible addition to the lover’s discourse (and possibly a markedly feminine one): Barthes’ will-to-posses and the concept of union are replaced by fellow French philosopher Luce Irigaray in her Ethics of Sexual Difference with a caress that retraces the otherness of the beloved and therefore becomes the site of an ethical encounter. This strangeness of the beloved (which may be related to Barthes’ unknowable) is somewhat harder to find in music, but it is there, sure enough: In Nick Drake’s “Which Will“, in Björk’s “History of Touches“, and in Leonard Cohen’s “Stranger Song“.

Interestingly, Barthes includes writing, the activity that he and I engage in and which initially produced what I am writing about, in his fragments. German media theorist Friedrich Kittler has written about the eroticism of handwriting, and in pop music there is Fionn Regan’s “The Underwood Typewriter“, where an old Underwood takes on a strangely romantic quality (psychoanalysts would say that changing the ribbon becomes some sort of redirection activity). Moreover, writing is an essentially social activity, even if you are your only reader. This sociality, or indeed intimacy, of writing has been the topic of the very first post to The Eaves.

And with this, you hopefully have enough ideas for reading on and listening, Valentine’s Day or not.