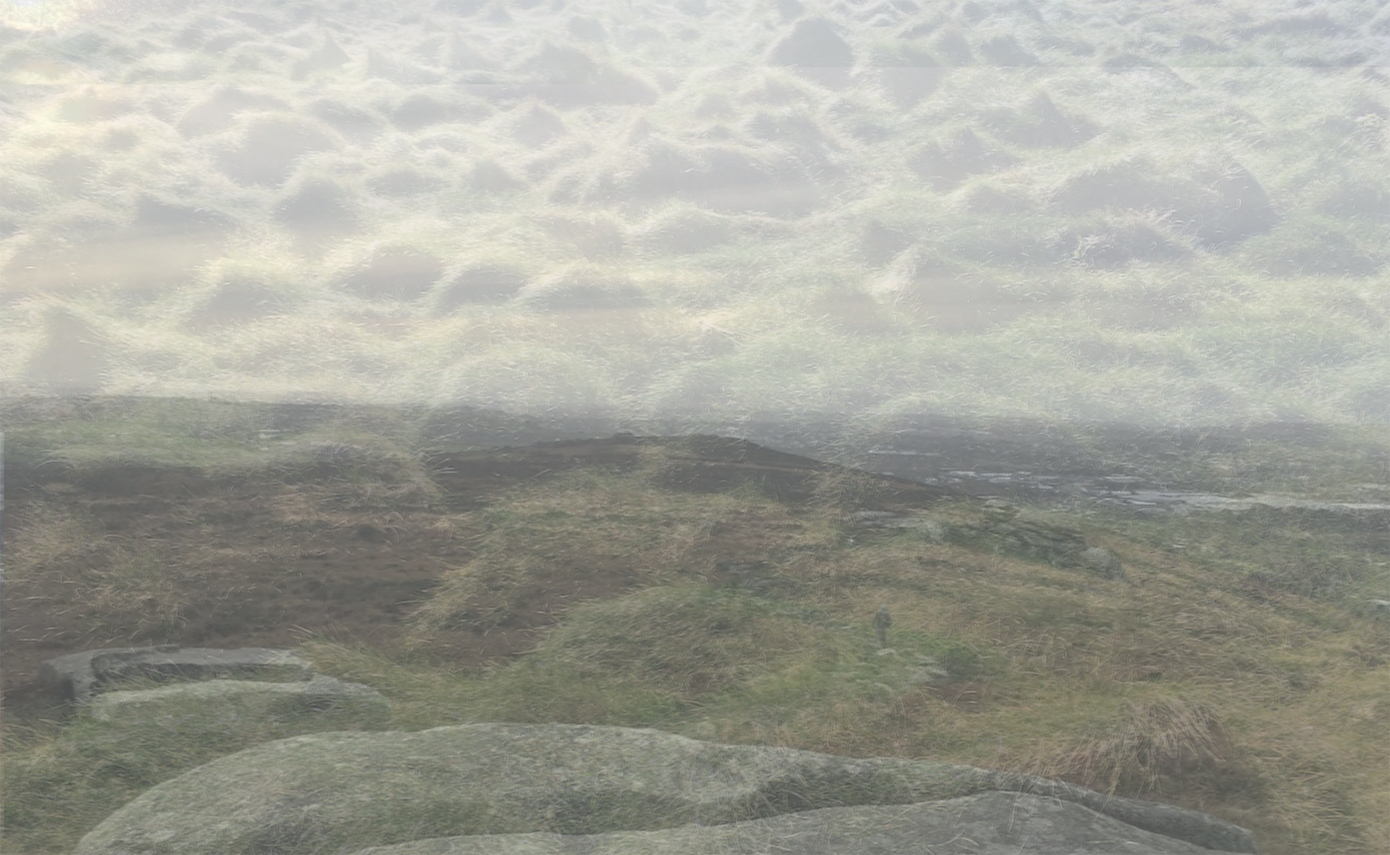 Historically, the Cornish city of Redruth was a small market town until the 18th century, when the area became an important center for the extraction of tin, lead, and copper. Providing essential materials for the Industrial Revolution, Redruth became one of Britain’s richest mining site and grew rapidly around this business. By the end of the following century, the mining industry of Cornwall was already declining, slowly closing its myth of perpetual wealth with the closure of South Crofty mine at Pool, close to Redruth, in March 1998. The economic effects had been disastrous for the population. After the last mine shut down, a graffiti appeared on its wall, quoting the traditional Cornish songwriter Roger Bryant:

The refrain echoes as an anthem to the industrial ruins still looming in the landscape. Cornwall is still one of the poorest areas in the U.K. and has been relying on the European Social Fund for poverty-related grants, until Brexit came in. Cornish cultural identity has incorporated quite intensively the history of these industrial sites. There are even mythological figures gravitating around it, magical creatures that explained in supernatural terms the frequent mishaps in the mines or the altered states induced by the lack of oxygen. The stunning landscape of the area’s natural heritage is constellated by pieces of industrial archeology, forming a mythology per se, a post-modern and post-mortem idyll of wealth and bright future from the earth’s bowels.

In 2019, Berlin-based artist Victoria Sarangova spent one month at CMR, an artist-led space in the Cornish town, following a precedent residency at BLW Redruth in 2018. Her artistic project “Archaeology of progress. Redruth” is directly inspired by the history of the site interpreted through her readings about hauntology in late capitalism, rave culture, and post-industrial aesthetics. The project had a participative, community-oriented character, including group explorations of the surrounding areas, workshops, film screenings, talks, and herbal scents installations. Yet the main, pervasive language adopted in “Archaeology of progress” is the use of sound. Ranging from jamming sessions to sampling techniques, from field recording to improvisations, her sound installations present a very specific way to translate theoretical pages about utopia, past futures, post-modern mythologies and microhistories through in-situ sonic works.

As you enter the 3-storey building of CMR Project Space, a strong smell deluges you – a mixture of tar, resin, and metal, the scent of a postindustrial landscape. It’s quite dark, only a few red spotlights lead you to the stairs. On the first floor, there is a door: it vibrates with a remote and deep sound and rhythmic basses that are reminiscent of the sound of factories and machines, but also of the raves inhabiting the Cornish scene a few decades before. Subtle smoke seeps through its gaps. The door is closed, you can’t access the space where the sound originates.

You go up to the top floor, and the environment changes dramatically: wide bright windows and a herbal smell host workshops and talks. After the artist talk mediated by Alice Mahoney, you are guided to the adjacent room, filled with synthesizers connected to a large speaker in the center. The sound room resonates with the soundscape created together with Martin Pease – looped snippets created throughout the month and reflecting on industrial sound, dark ambient, ghostly sounds, granular synthesis, sci-fi.

Both the sets were made in an atmosphere that was consciously natural and slow paced, in order to allow the sound component to evolve freely throughout the activities of the monthly residency, absorbing its hints and readings. “I had a beautiful room in that residency, it was overlooking Redruth, and sunsets were breathtaking, sunsets were like music themselves” says the artist. SJ Blackmore, a local musician who was part of CMR space-project together with Alice Mahoney, provided several synthesizers to experiment and create the future soundscapes, adding more and more, slowly mutating the residency space in a sound room.
Martin Pease, a Redruth-based musician who collaborated with the artist in her previous residency, has also been invited to co-create the first material through joint improvisation sessions. These sessions, alternated and influenced by readings and discussions, became the matrix and initial sound material for the second soundscape of the project. “These were incredibly beautiful sessions, all those machines brought by SJ, with those August sunsets. Afterwards I had a few days to edit all that material, and created a long set to play it at our last event. We just left it on, to drown that room, together with the last sunset of my residency there.”

Various readings and texts resonated with the artist’s experience of the sonic and social landscape of Redruth, which have been translated into two sound pieces. The main sources of inspiration have been not only political sci-fi literature like Ursula Le Guin’s Dispossessed and writings on Jeremy Deller’s rave culture, but also theoretical texts, such as Ryan Madson’s Post-Stalker. In his article, Madson points out the crucial role of the cinematic language used by Andrey Tarkovsky in the movie Stalker with the way culture perceives the post-industrial domain. With his movie, Tarkovsky has unfolded new perspectives and sensibilities towards human relationship with the anthropomorphic environment, breeding out of the safe feeling of mastery that of fear and anxiety of failure and neglect. Stalker has inadvertently enhanced a certain fascination for the post-industrial, a fascination that is now a still absolutely contemporary type of aesthetic. As Ryan Madson rightly noted, “post-Stalker aesthetics and environments lie in two possible continua: natural succession with limited or no human agency, and transformation to new uses for people. Ruin porn captures a moment along either continuum, often emphasizing picturesque abandonment and nostalgia for lost futures.”

Such ideas lead quite intuitively to two concepts of Mark Fisher that Victoria Sarangova implemented, re-elaborated and “sonified” to read the industrial progress of the Redruth area. Hauntology is a term originally coined by Derrida to indicate “the figure of the ghost as that which is neither present, nor absent, neither dead nor alive”, and that has become one of the key-theories of Fisher, who claimed that in music, as much as in culture in general, the 21st century has found itself living “after the future”, as Franco Berardi puts it. According to him, the haunting ghost of our century is not really the past, but rather the utopic futures that the previous century has compulsively proposed us as anticipations. This loss of the future retains us from being able to imagine a reality different from the one we are living in – namely, capitalist realism – and rather tends to legitimize the tendency of culture to repeat itself without really changing. Deeply entangled in the post-capitalistic condition of the late ‘80s and ‘90s, hauntology is not seen as an inescapable destiny, not even for the severely affected Cornish society. The unfinished book Acid Communism, in fact, attempts to envision worlds beyond the pervasiveness of capitalist realism and its “no alternative” ideology by imagining new social, political and cultural structures that allow to unleash post-capitalist desires. Focusing on modalities of living that facilitate the exploration of our potential in collective and communal contexts. In this view, sound and rave culture can become an inquisitive tool rather than mere escapism.

Together with the screenings and discussions of Stalker and other soviet sci-fi films, these readings inspired Victoria Sarangova to create her sound installations. The one on the first floor in particular, sounds like a tangible sonification of the hauntological relationship between the present and the various pasts of Redruth and Cornwall: a room is filled with evocative noises and samples from the past, disseminated in a roaming low bass sound that is on the loop. Thought pervasive and almost aggressive, no one can enter this room. Even though there were attempts, and even some frustration, its presence is haunting yet subtracting itself to the possibility to be experienced fully. One can only perceive its presence/non-presence, unable to decipher whether the sounds come from a club scene, or from a factory. The second sound installation on the upper floor has more of a dialogic nature, derived from those readings and debates yet diluted by the collaboration with Martin Pease and a fully sensory immersion in the local landscape. “Me and Martin hardly spoke, though I outlined my present fixations, and we quickly established the common love of sci-fi. As I used some snippets from the documentaries about Cornwall and some other material like local field recordings, I told Martin about the sources. But foremostly, the atmosphere of that top floor CMR space that was overlooking Redruth was charging us with everything we needed for our sessions. The light, the colour of the sky and the houses, the clocks of the central tower, seagulls, passersby speaking, even the smell. Time flows differently in Redruth”.

Victoria Sarangova is a Berlin-based multimedia artist born in Kalmykia, Russian Federation. The 90s as well as the early 00s, with their various scales of post-Soviet desires and affects, make up the material for her artistic inquiries. Among the multiple media employed, she currently focuses on radio art and performance, documentary film, scent installations, hand embroidery.