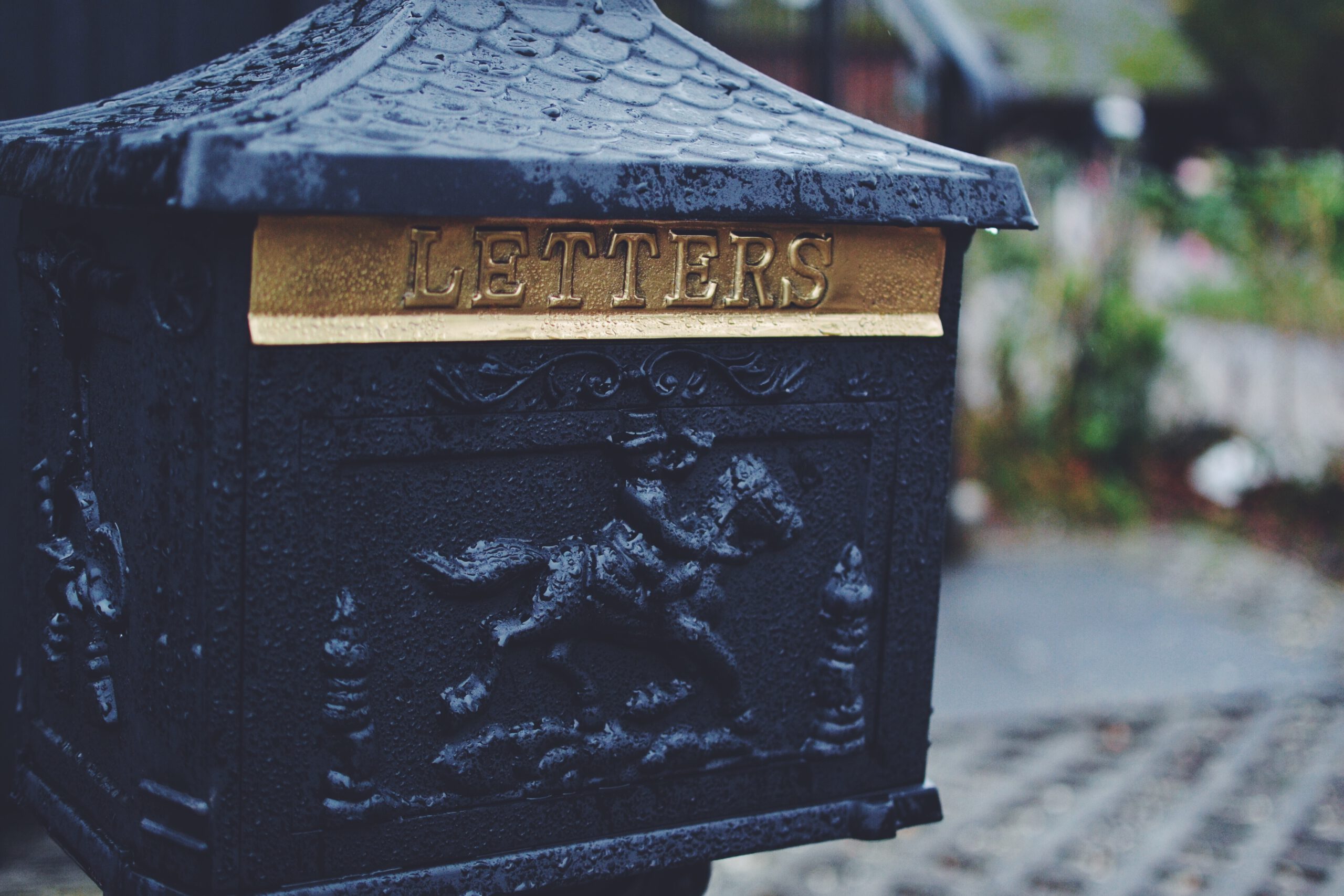 Listening to writing as drama

Poetry is the literary genre that is most readily associated with sound. As Roman Jakobson points out, “Poetry is not the only area where sound symbolism makes itself felt, but it is a province where the internal nexus between sound and meaning changes from latent into patent and manifests itself most palpably and intensely.”

Poetry is inherently structured by the sound of language, the poet’s craft deals in assonances, alliterations, and euphonies. Indeed, the language used to describe poetry coincides with the vocabulary of music: rhythm, meter, cadence. And as Jakobson suggests, they aren’t merely structuring or stylistic devices, they carry and generate meaning. Rhymes for instance make words resonate with each other and with the reader; they’re not self-serving mannerism or simply a formal convention that makes texts easy to read or remember; they drive home certain connections and emphases, meanings that emerge beyond what is actually written. Poetry owes much of its conciseness to the efficiency of such mechanisms.

However, all of this implies the spoken word. Even with the advent of silent reading in the 18th century, subvocalization – a sort of silent speech – remains common and especially poetry retains a rich history of recital. Indeed, it is almost a truism to point out that poetry always has been and still is close to song.

But even if poetry is not recited or sung, writing itself sounds. As Jean-Luc Nancy points out in Listening, écriture is by no means mute: It is full of the resonance of its own creation. Of course, it is easy to think of the sounds that the act of writing generates, the noises that writing utensils make: The scratching of a pen, the shuffling of papers. These actually are evocative and emblematic of the writing process. However, the sound of scripture is more than the sound of the process of writing or of the objects used for this process. Indeed, descriptions of sounds themselves are generally way more fickle than just referring to the process or object responsible for the sound. Likewise, the sound of writing is subtly present in the text itself and much harder to pinpoint than the scratching tip of a pen. Nancy draws on the translation of “diction“ as “speaking“ or “pronunciation“ in French, pointing out that speaking and writing are entangled, happening simultaneously and interdependently. Importantly, however, for him the sound of writing, its diction, is that which is not said, the excess of the signifier.

There may be no better poet to go to for studying this than Emily Dickinson, as Dickinson’s famously idiosyncratic and extensive hyphenation may be understood as an inherently sonic device, emphasizing and modelling the rhythm of writing and thereby exposing it as a parameter to be shaped graphically beyond the notion of meter. Dickinson’s dashes are signs with no immediate correlate in speech, however, they inflect the rhythm and timbre of the text. As wild as it sometimes seems, Dickinson’s hyphenation is in no way accidental as it tinges her entire poetry, continuously suggesting and questioning possible meanings.

Beyond Nancy’s somewhat lofty deliberations on diction, Dickinson’s poetry provides a striking example, a “grounding“ of the entanglement of the spoken and the written in poetic practice. Indeed, with all her passion for the written word – both as practice and materiality –, Dickinson never comes close to writing graphic or visual poetry and is reported to have been reciting her poems aloud to herself while doing chores. The differentiation of écriture and parole begins to appear dodgy as these different approaches to crafting poetry are apparently not mutually exclusive, but rather complementary in artistic practice, bringing out the unity and distinction of writing and speaking.

This play of écriture and diction implies that not only is writing inherently sonic, but also dialogic. Diction evokes dictation.

Again, look no further than Dickinson to understand what this is supposed to mean or more precisely, the poem that begins

Dickinson manages to connect a moving expression of emotion and a meditation on the nature of writing itself within a formal experiment that, more than 150 years after it was written, has lost none of its appeal. Dickinson’s vivid anthropomorphization of a letter can be read – and heard – as an enactment of what Derrida calls the “drama of writing”. It is in this drama that a negotiation of the elusive and often confused configurations of the writer-reader-author-listener-speaker-voice relationship takes place. Indeed, by making the appeal “Tell Her“ the refrain of the text, Dickinson emphasizes the notion of the text as a voice, but she also tugs the reader’s ear more subtly, by limiting the sensibility of the letter to the auditory and tactile dimensions:

“You could hear the Bodice – tug – behind you –
As if it held but the might of a child!“

Moreover, Dickinson conflates writing and speaking by involving the letter – a text – in the back-and-forth of an imaginary conversation with its addressee. Indeed, “saying“ and “writing“ seem to be used interchangeably. Therefore, Dickinson’s poem makes clear how the letter is the epitome of the “silent speaker“, a paradox rendered possible both by conceiving of the letter as the surrogate of a voice and by the sound inherent in writing itself. Sound in turn, always implies listening (much more, some argue, than light requires watching) and in the ménage of writing and diction, “speaking is already its own listening“. In his investigation of the “Mediumship of the Listener“, David Toop suggests that, “[j]ust as a silent reader is implicitly a containment of sounds, so the letter itself, the silent speaker, can become a listener.“ Indeed, the letter seems to be in many ways an amplification of the dynamics always at play in writing and for Dickinson, letter-writing and poetry-writing coincided: Her letters and poems share the same stylistic idiosyncrasies, many of her poems were enclosed as gifts or attachments to letters she wrote to friends and family members, and she discussed and deliberated her poetry in letters to confidantes like the editor Thomas Wentworth Higginson and her sister-in-law and intimate friend Susan Huntington Dickinson. It makes sense, therefore, for Dickinson to choose a form that provided her with the opportunity both for sociality and self-reflection, to explore the sociality and self-referentiality of writing. Dickinson’s letter is both a listener and a speaker, privy to the secrets of its author and therefore called upon to act as a go-between: Being-written is listening and being-read is speaking.

By making a letter the addressee of a poem, Dickinson creates a meta- and inter-textual dialogue, in which the letter – like Derrida’s postcard –, emphasizes how meaning is always on-its-way, in limbo, and constituted in the act of reading as much as in the act of writing. This of course, is a source of anguish for Dickinson’s lyrical “I“ but at the same time it is the premise and precondition of the poem. The rather nonsensical plea to

“Tell Her – the page I never wrote!
Tell Her, I only said – the Syntax –
And left the Verb and the Pronoun – out!“

hinges on the assumption that meaning is created in reading as much as in writing and that indeed, there is something to a text – at the same time its essence and an excess; what Nancy calls “timbre“ – that always has to remain implicit, tacit.

Therefore, the poem is not an amendment to or an explication of an earlier text; it is stage directions, an instruction piece.

In “Freud and the Scene of Writing“, Derrida describes how writing is essentially performative, evoking the situation of dictation; where not just speaking and writing, but reading and authoring collide:

“We would search the ‘public’ in vain for the first reader: i.e., the first author of a work. And the ‘sociology of literature’ is blind to the war and the ruses perpetrated by the author who reads and by the first reader who dictates, for at stake here is the origin of the work itself. The sociality of writing as drama requires an entirely different discipline.“

The complex meta-textuality of the poem hinges on the performativity and therefore contingency of meaning. Come to think of it: Why write a poem appealing to another piece of writing to tell someone “the page you never wrote“? Why not just write it?  Because you can’t. What Dickinson aims to express can only be approached obliquely, which is not to say it cannot be put into words, but it can only be put into words in a certain form which in turn relies on words in a certain state of aggregation: volatile, opaque, and multifarious. A text, therefore, is not merely the material container of a fixed meaning; it is a resonator, reverberating with the process of writing as a polyphony of voices. The dialogic form of the poem and the between-ness of the letter epitomize this dynamism of linguistic signification. Dickinson uses a powerfully visual metaphor for the performative quality of language elsewhere: “I know nothing in the world that has as much power as a word. Sometimes I write one, and I look at it, until it begins to shine.“ However, this capacity, this radiance, also brings language close to sound: performativity, contingency, transitoriness: these are the very characteristics we have been taught remove sound – and by extension music – from being contained in linguistics and semantics. But maybe in the instant that modern linguistics and literary theory recognize and emphasize the volatility of signification and the elusiveness of the text, it becomes more palpable how sound and language, speaking and writing, the text and its diction resonate with each other. When Derrida calls for a different discipline in researching the sociality of writing as drama, this discipline may well be an attunement to the timbre of a text, to that which resounds beyond the sign; in other words, it may be listening to a text. Not with phonocentrism or a superficial musicalization of language in mind though, but by finding in a text what Nancy calls,