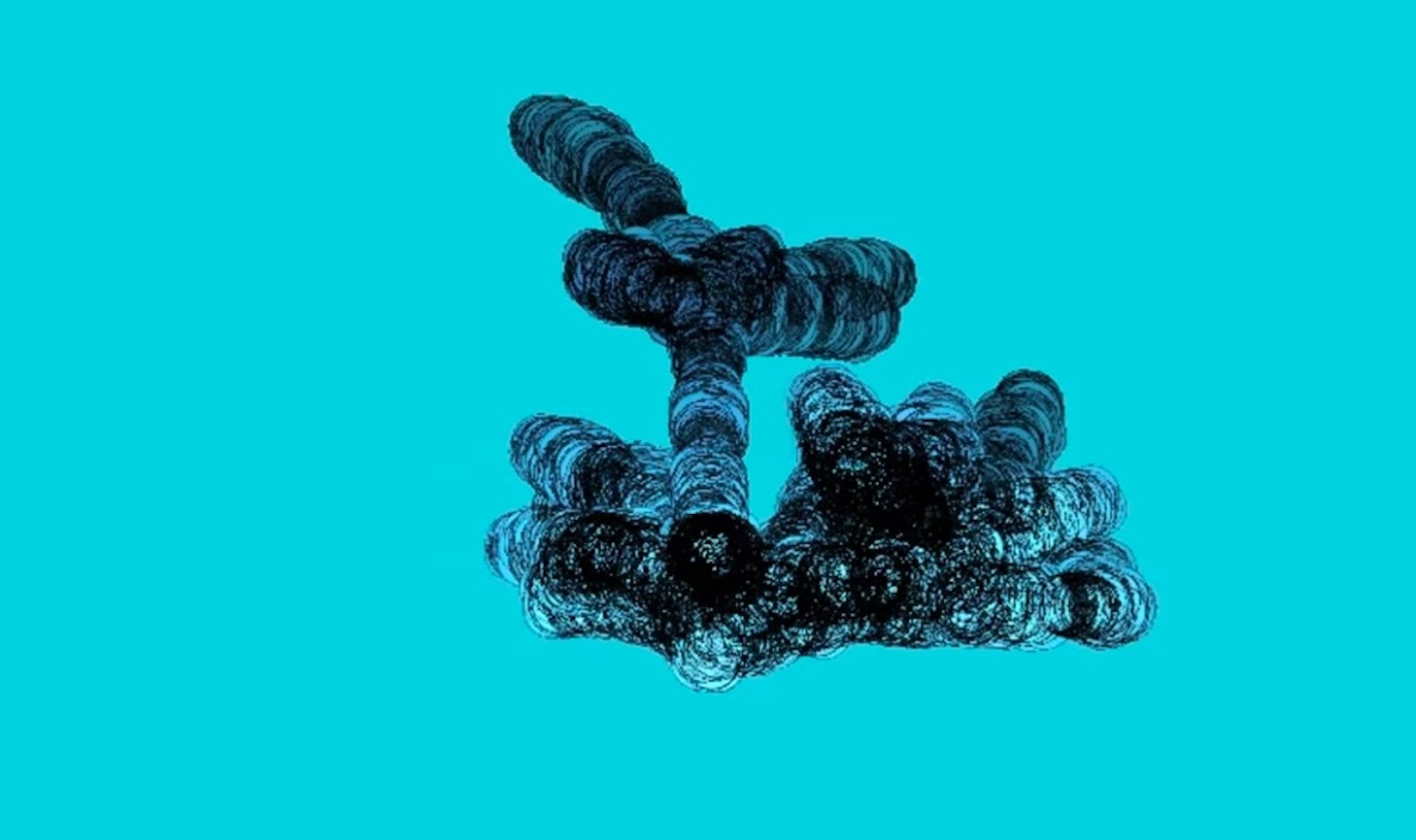 I have described my work as a process of making and remaking, and suggested a strategy for developing a sense of interaction, demonstrating a range between fixity and indeterminacy. This idiosyncratic arrangement of one’s materials and tools could also be characterised as a performer-improviser strategy.

something_1 employs the same approach used in previous Repetition-studies, except the keyboard has now been programmed to trigger visual change. This technical adjustment allows for a more deliberate interaction. For example, in something_4, one may notice a relationship formed between sound and image, where distinctive groupings of samples appear tightly linked with points of growth seen in the developing image. In studies 2, 3, & 5, their musical characteristics reflect a more cautious approach.

Starting with something_6, I added a fixed track to be played alongside the keyboard-triggered samples. Fixed tracks were generated for use in later studies as well. The Max patch used to create this fixed element consists of a randomising loop player along with reverb, variable-speed playback, and granulation effects (Fig. 1). I use the matrixctrl object in Max to link audio processing with my loop player, the design of which can be viewed in this video. Initially, I considered integrating the use of a matrix control in my previous sample player, allowing for processing of specific samples. Instead, a contrasting sonic background was included, with the aim of enhancing the musical role of the sample player.

In something_6, its audiovisual pairing suggests a mixture highlighting seemingly non-descriptive aspects of the generative image (Fig. 2). The image demonstrates a gesture drawn by the computer which includes subtle colour variations. A similar audiovisual mixture results in something_7 as well. It should be noted that the sample player used in the construction of these new studies is a simplified version of one used previously, such as in this video.

A frequently used element is variable-speed playback; this routine was implemented in previous Repetition-studies. In something_8, a sonic layer using this technique was created with this vari-speed player. This sound activity is a dense noise, woven into the overall soundscape. Starting with something_8, it becomes increasingly difficult to identify the role of the accompanying fixed track—the deployment of this particular background initiates dramatic change within the dialogue between sonic fragments. This ultimately affecting my process of intervention—patterns of re-selecting sound materials, in this instance. This concept of engagement with my own software supports my generative approach to making.

A distinctive feature in something_9 is the inclusion of an environmental recording. One sonic feature in this recording is an outdoor performance between two moving percussionists. This addition could be described as a complex union of sounds stemming from other natural and human sources. When pitted against a generative image, this recording supports an extreme audiovisual contrast.

In something_10 through 15, the visuals can be described as a random distribution or spread of dots. As such, not all of these studies make use of a fixed soundtrack. For example In 10, the resulting interplay between sound and image could be viewed as a more fragile counterpoint, where neither element strongly supports the other. In 11, the pace of the developing image seems to support the accompaniment. In my view, the interplay mentioned in both these studies characterises an audiovisual relationship which mirrors a performer-improviser strategy. In 12, the successive colour and texture changes appear to correspond to the ongoing sound activity. By comparison, the audiovisual relationship in 13 demonstrates more of an unbalanced behaviour. However, in this study, the Max and Jitter elements are congruent with one another, resulting in dense sound and visual buildup. A background track was implemented in 14, and similar to its role in something_8, this element could be viewed as contributing to a sense of interplay between the performed sound and visuals while filling out a broader sonic range. My work in something_15 results in a series of ambient motifs, coupled with rapid visual change.

Eavesdropping has allowed me to expand my own arrangements of interaction between sound and image processing. During this period of exploration, I was able to develop a personal approach to designing sonic interaction with a particular generative Jitter patch created by 42%noir. Due to my own familiarity with this developer’s work, coupled with the design structure of the Max patch, I chose to think of the Jitter processing used as a starting point which my sound design could then extend from. As I would later realise, my software configuration behaved as a live electronic performance system. A conceptual theme began to emerge during experimentation as well—designing audiovisual interaction as a process of making and remaking.

In the past, I have worked from the performer-improviser relationship as a strategy for managing interplay between players within an electroacoustic scenario. During my developing process in Repetition-studies, I specifically began to notice the intuitive agency inherent when working with my electronic system, using specific samples and source materials, as well as image and sound processing routines. I have now started to consider my construction of these new studies as a performance, due to an increasing familiarity with my setup.