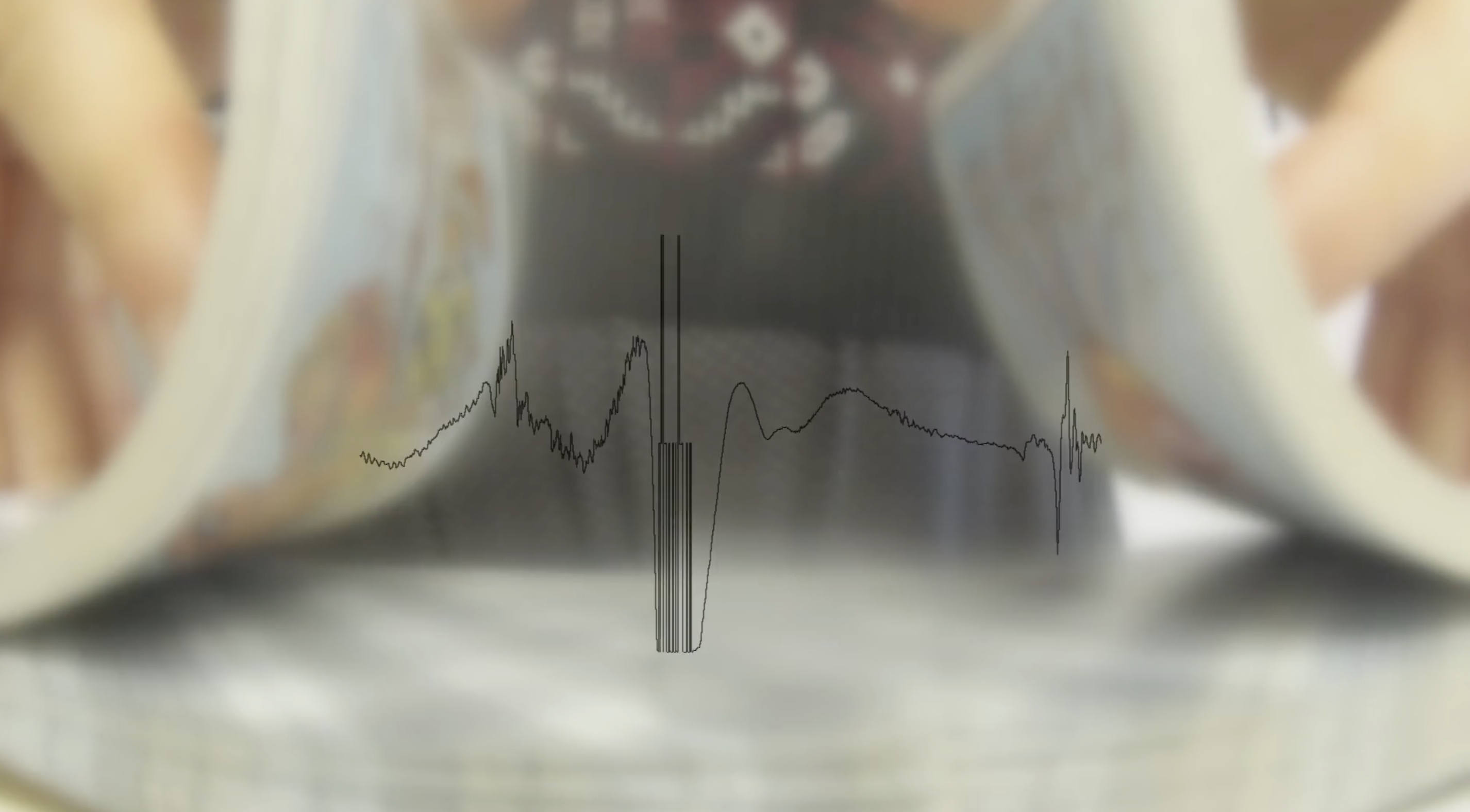 In September 2019, Iranian-born Swedish film maker Samaré Gozal released the first part of Audacity, a series of short documentaries and videography projects about the resilience of nature in urban spaces. The second short film of the trilogy, Ett tyst år / A silent year (July 2020/2021), is primarily focused on the many layers of sound that exist under a perceived notion of silence. During the first year of lockdown, the urban soundscape muffled considerably in most of the cities, letting other aural textures to emerge and fade in. This video-essay reflects on the process of disclosure of a new sound library to the narrator, and on how nature in urban spaces affects us as humans also in auditory terms.

We talked with Samaré about her project, which will be fully available on the Eaves until November 2021.

GdB Your background is rooted firstly in political science and afterwards in filmmaking. Is it the first time that you work with sound? How did your artistic sensibility as a film director tune in with the sonic, and which approach did you adopt to work with it as an artist?

SG I was introduced to the technical connection between sound and visuals during a sound course back in film school and since that time I have tried to learn more and more just by working with documentaries and other media. Most of what I know professionally is simply through working and trying out different ideas to see what works for me and for the kind of stories that I want to tell. Although I have in the past worked on different audio-projects, I primarily see sound as an integral part of film so for me it has most often been linked to imagery, shadow/light and movement. Ett Tyst År/ A Silent Year is the first time when the main character in a documentary or short that I have worked on is the audio. Sound is leading the story in this and so writing and making this taught me more about the stand-alone value of sound even when in the presence of visuals. It is basically an inconceivably rich and invisible world that I can’t begin to understand, only touch upon and hope to keep learning about. When we think ´sound´ we often think of music and rhythm but I feel that the world of sound is so rich and complex that melody is really just a small part of it.  We live in a hyper-visual era so the idea of sound taking over and dominating imagery was an exciting idea for me to explore during the making of this short.

GdB This artistic exploration is quite noticeable in your short but very poetic work, especially in the shift of the relationship between image and sound throughout the unfolding of the short video. Besides strictly poetic terms, which influence do you think sounds -whether natural or urban ones- had and have on you, personally and artistically?

SG Prior to having made this I think I was much more accustomed to simply paying attention to the loudest sound around me which if you live in a large city most often consists of louder urban sounds such as metro, trams and masses of people. Now I feel that I can hear the elements and animals behind the urban chaos a bit more. I am aware of the layers that exist and the fact that at any given time we’re surrounded by innumerable soundscapes that we are quite oblivious to unless we pay attention. So I would say that I have learned to pay more attention. There is something audacious about the prevalence of natural sounds in urban spaces.  Something almost rebellious on nature’s part to make its mark on urban life despite human efforts to exert full control over its existence. We often just allow nature in parks in urban areas and even those parks are highly controlled; grass is cut, branches of trees are bolded to fit the pedestrian, the number of ducks in a pond needs to be managed and flowers are put into neatly organized patterns and boxes. It’s almost as if we are aware of the power of nature and we fear it which I suspect is why we desperately try to dominate it. This is what the Audacity series is about. Ett tyst år / A Silent Year is the second short film in that series.

GdB I personally find your observation on our strive to control and dominate quite on point. Natural phenomena, including sounds, are never entirely manageable and are much less meek and soft as we want to depict. In your video, ambient sound can be very pervasive and strong. Which is the relationship between urban and natural sounds in your opinion? How do they differ in texture and in the way you perceive them?

SG It’s funny because I think people often assume that nature is calming or quiet but in reality nature, or rather the elements,  can be very loud and harsh. So I don’t see natural sounds as something softer compared to urban sounds. So nature is more than meditative and soft wind-chime music on spotify. It is a force in its own right. Depending on the birds chirping outside of your window, they can be as loud as the neighbour drilling into the wall. The train passing outside your window at five in the morning on a hot summer’s day when you have no other option but to keep the windows open can drive you out of your wits and the waves crashing against the rocks can be as deafening as a construction site in the middle of a European city.  Sounds in nature are as brutal and indifferent to humans as they are pleasing and harmonious. However, the texture of natural sounds is more in tune with the human spirit I feel. I think that we are drawn to natural sounds more than we are to man-made ones. But seeing as we are part of nature and a product of it, it is difficult to know where the line is between natural and urban sounds. We, as humans, seem to serve as the bridge between the two concepts.

GdB You refer to the resurfacing natural sounds as new layers and a new “library”. Could you expand a bit more this metaphor of the library? Do you interpret soundscapes as separate library items, books and publications?

SG This is a very good question. I might not be able to intellectually explain why I use the term “library” other than the fact that to me the recurring sounds that exist in our every day life are like books on a shelf. The sounds that you like, the coffee maker, the clicking sounds of old cameras when you take a picture or the talented kid downstairs practising on her piano are like your favourite books that you keep close and cherish . Then there are those sounds that you might dread and hide in the back of the book shelf hoping that they’ll just disappear. I also think that the term “Sound library” is something that is used in film in general so it is also possible that the imagery of that word comes partially from that  term. The sounds we pay attention to change also over time I think and depend on our life circumstances. When something shocking or life-changing happens it is as if all sounds become muffled and disappear for a period, as if your head is covered in cotton for a time as a self-preservation tactic. On the other hand when something joyous occurs it is as if sounds become crisper and more crystalline. It is ultimately all about perception. There is a scene in Ett tyst år / A Silent Year with the cups and glasses being put into the cupboard loudly and in the background there is a another sound chiming more softly and that in a sense was an attempt to depict what I am trying to explain in the above sentences I suppose.

Samaré Gozal is an Iranian born Swedish film maker who has primarily worked as a director and producer in Ramz since 2005. Samaré  holds an MA in Political Science from the University of Lund in Sweden afterwhich she started her film studies at the European Film College in Denmark. Since then she has not only worked with Ramz but also on a variety of audio- and writing projects internationally.